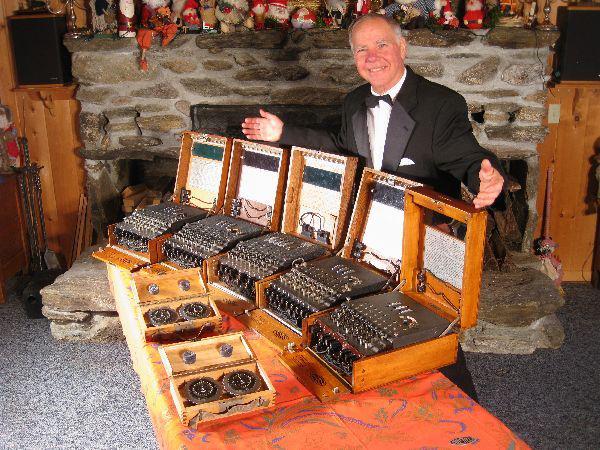 For more than 60 years, Dr. Perera has been collecting, restoring, and preserving antique scientific, cipher and telegraph instruments. As a professor of neuroscience at Columbia University, Barnard College, and at Montclair State College, Dr. Perera was involved in teaching and research on the electrical coding strategies in the brain. Upon retirement after 35 years of university teaching, Dr. Perera intensified his research into the history, technology, and deciphering of Enigma cipher machines. He makes frequent trips abroad to locate, document and retrieve Enigma machines and to record the oral histories of Enigma operators. Dr. Perera has established a network of Enigma historians and collectors who share information as new discoveries are made.
In addition to maintaining EnigmaMuseum.com, Dr. Perera has written the only definitive book on the inner workings of the Enigma and other cipher machines. With 500 photographs the book explains and shows the secrets of the Enigma: Enigma Book
He has also created an entire Enigma Library on a CD-Rom with history, books, videos, simulators and a great deal of information as indicated by its 60-item table of contents: Enigma CD
Dr. Perera gives frequent lectures and demonstrations of the Enigma and other cipher machines and instruments, He chairs the annual Enigma Forum at the Friedrichshafen “HamRadio” conference in Friedrichshafen, Germany in late June. He also maintains a telegraph and scientific instrument museum at: Telegraph Museum
A seasoned SCUBA diver, Dr. Perera has been involved with dives resulting in the underwater discovery and recovery of various artifacts including an Enigma machine that had been intentionally discarded by retreating German forces in WWII as well as segments of the original undersea telegraph cable from the United States to Cuba.